Get your RBI Compliances starting from ₹ 15000/-

In India, the foreign transactions are regulated by the Foreign Exchange Management Act, 1999 and are governed by the Reserve Bank of India as FEMA acts as an important factor for growth of various sectors in India. The main objective of FEMA is to assist in external trade, making balance payments, promoting orderly development, and maintaining the foreign exchange market in India.

Due to the extent of various industrial segmental regulations by the Central and state government, Corporate and the Individuals are continuously facing challenges to comply with the regulations within the stipulated time and manner. The importance of Foreign Exchange Management Act, 1999 (FEMA)/ Reserve Bank of India (RBI) Compliances has increased due to globalization which includes Company Secretary and Chartered Accountants Certifications for the transactions prescribed in the said regulations, making the applications to Reserve Bank of India for as specified under FEMA and RBI regulated transactions, also the advisory services related matters.

Legal Window has a team of experts providing you the best assistance, timely delivery and guaranteeing the highest customer satisfaction with respect to Reserve Bank of India Compliances. You may get in touch with our team on 072407-51000 or email admin@legalwindow.in.

Generally, in India the foreign investment is attracted in the form of Foreign Direct Investments. The Reserve Bank of India has specifically initiated the process of reporting through the SINGLE MASTER FORM (SMF)unless specifically stated.

Under SMF those transactions are reported where an entity receives any foreign investment as per the FDI Policy of the country and such entity has issued securities as per Foreign Exchange Management Act, 1999.

There are various forms like FC-GPR, FC-TRS, FORM DI etc depending upon the type of transaction carried out

Where an entity issues capital instruments or securities in respect of the foreign investment received from a person resident outside India then such Indian entity is required to file Form FC-GPR (Foreign Currency Gross Provisional Return) within 30 days of issue of such securities or capital instruments. It has to duly signed by MD/any director/CS of the company and to be submitted to the Authorized Dealer and who will forward the same to RBI.

Board Resolution by the entity to authorize any person

KYC of the person resident outside India

Copy of FIPB approval (if so required);

Copy of Board Resolution for issue of securities

Any other document if so required

Transfer Agreement or Gift Deed depending upon the case

KYC of the person resident outside India

Board Resolution for purchase/sale of securities (in case of non-individuals);

Certificate of Incorporation (in case of non-individuals);

PAN Card of the person resident in India

Various professional certificate (in the format prescribed by Reserve Bank of India, draft to be shared by us);

Consent Letter (in the format prescribed by Reserve Bank of India, draft to be shared by us);

Non-resident declaration (in the format prescribed by Reserve Bank of India, draft to be shared by us);

Acknowledgment of FC-GPR/FC-TRS in case of sale by the non-resident;

Any other documents may be required by the Authorized Dealer Bank.

1. Complete the Application Form
You are requested to first fill the simple questionnaire provided by our expert team which will enable us to study your case and will help us to provide you the appropriate information.

2. Document Processing
At the second step we will be requiring the documents in accordance with the questionnaire filled by you so that we can arrange them as per the requirement and for processing.

3. Drafting of Documents
The third step comprises drafting of relevant documents as per the checklist and the same is to be signed by the authorized person whosoever.

4. Filing of Form
Your respective Form will be filled on the portal of RBI i.e. firms.rbi.org.in on your behalf for further processing. We will enter the required details as per the information and documents provided by you and in order to prove the same relevant attachments will be attached with them.

5. Getting Compliance done
The status of the form along with the screenshot of form filled will be shared with you on the earliest basis specifying that the compliance has been made and regular follow up will be done till the final approval of the form.

Get your RBI Compliances starting from ₹ 15000/-

Coordinating with Reserve
Bank of India

Certificate by Professional wherever required

There are two ways through which foreign investment can be infused in India:-

Don’t Ignore the notice: Handle the notice very carefully and sincerely, otherwise you have to pay a hefty penalty.

For filing the respective Form FC-GPR and FC-TRS the person resident in India has to create login credentials:-

Business User:- For reporting the foreign investment as when received a Business User Registration is required which can only be done after entity master registration.

In order to create the above credentials. You may get in touch with us on 072407-51000 or email admin@legalwindow.in.

Application to the Reserve Bank of India for the transactions pertaining to purchase/sale of shares, debentures, other securities and directly to or/and from Resident in India and resident outside India;

Transfer of shares from the Indian resident to non-residents.

Setting up of Joint Venture (JV)/ Partnership by the Non India Residents or person of Indian origin.

Issuance of the Statutory Certificates under the FEMA & RBI regulation.

Advice on the Inbound and Outbound transactions;

Advise on the External Commercial Borrowings;

Setting up of Joint Venture (JV)/ Partnership by the Non India Residents or person of Indian orApprovals from Foreign Investment Promotions Board (FIPB),the Ministry of Finance of India and assistance in the preparation of Foreign Collaboration Agreement.

Advisory service on the change/ exit from the existing Business model.

Other Advisory Services on the matters related to FEMA / RBI including the Representation before Reserve Bank of India. 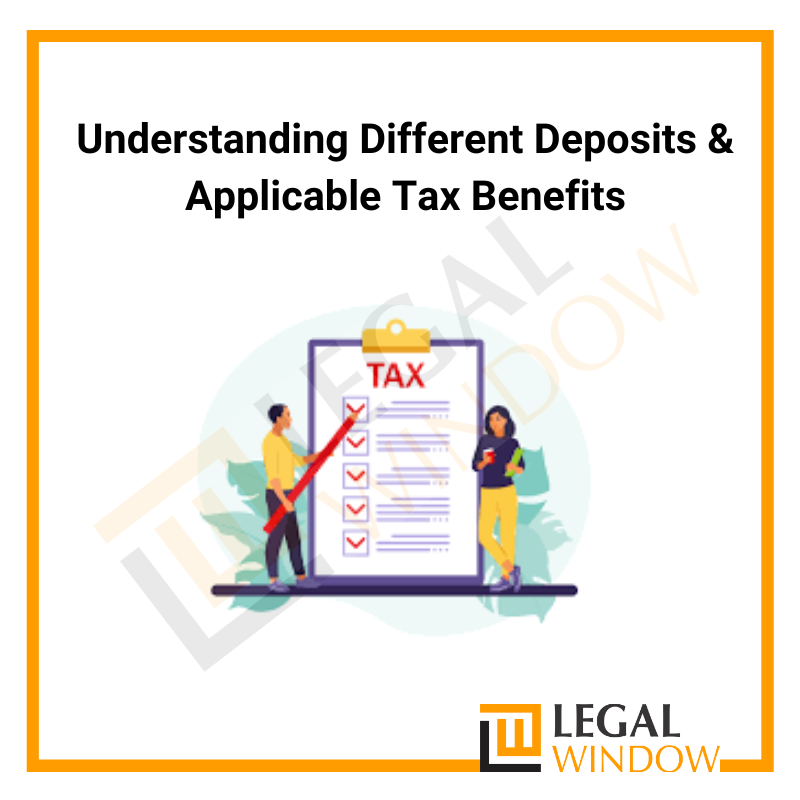 When it comes to banks, we are all about banks and the system it provides…
CONTINUE READING 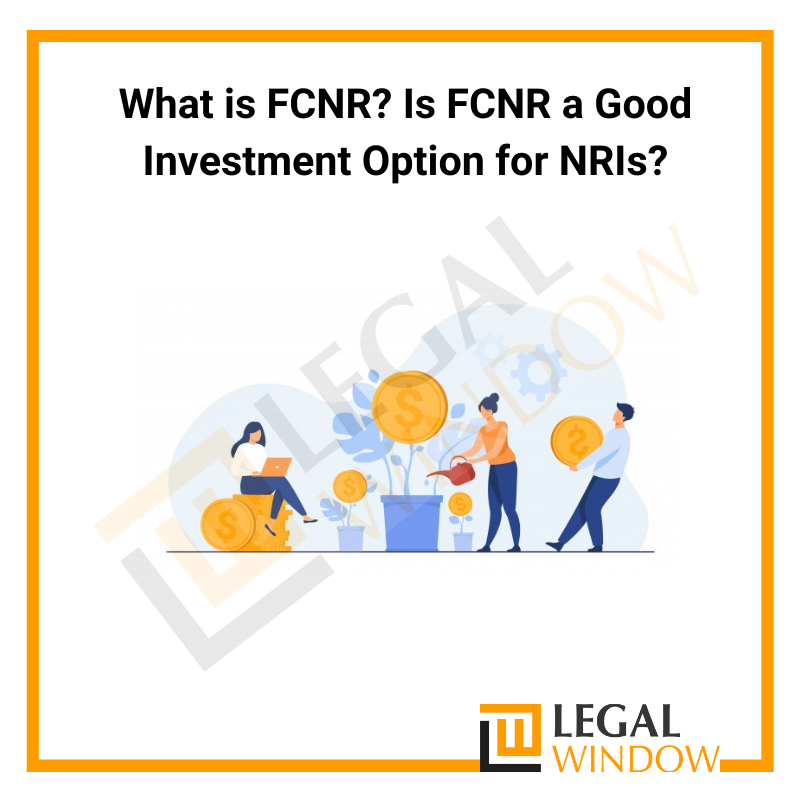 What is FCNR? Is FCNR a Good Investment Option for NRIs? 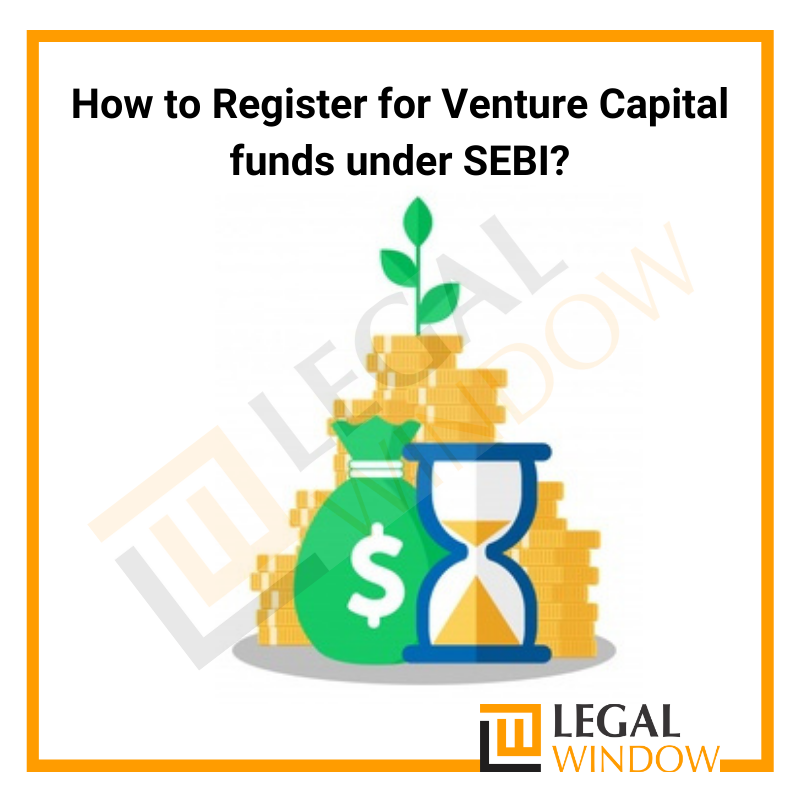 How to Register for Venture Capital funds under SEBI? 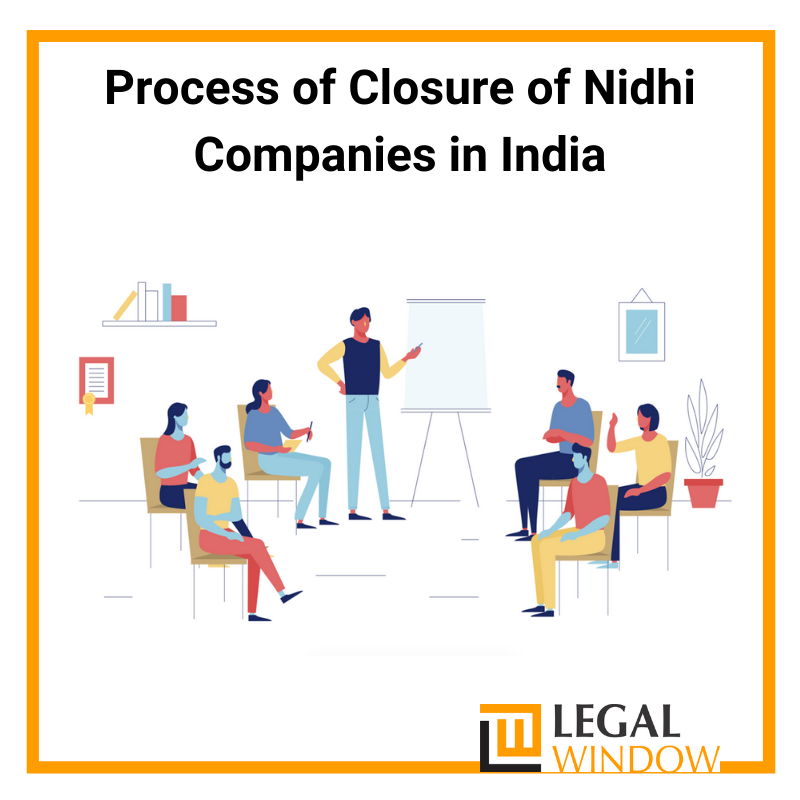 Process of Closure of Nidhi Companies in India

According to Companies Act, 2013 a Nidhi company is registered as a non banking finance…
CONTINUE READING 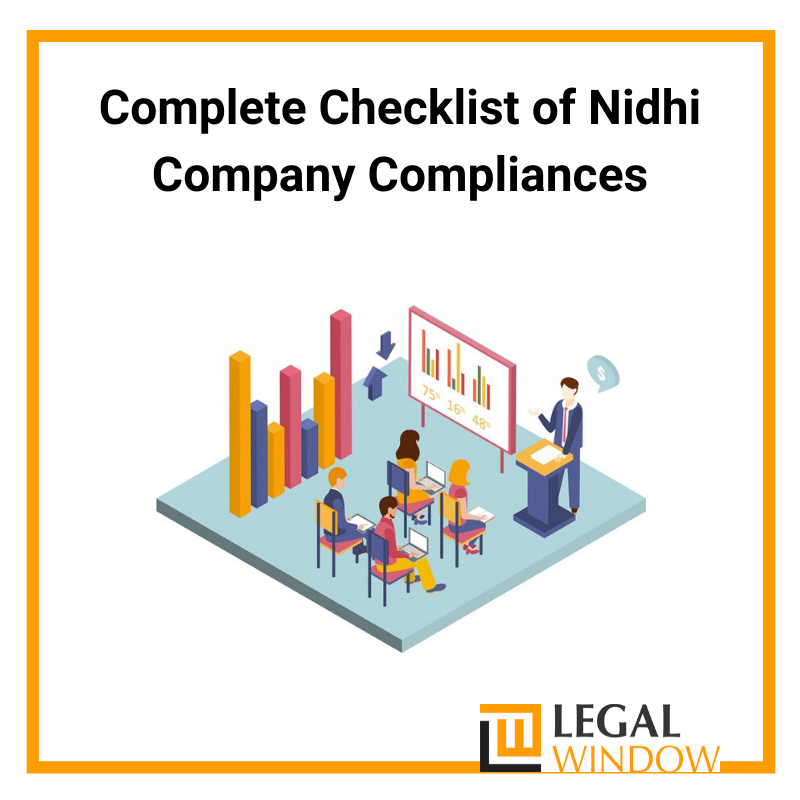 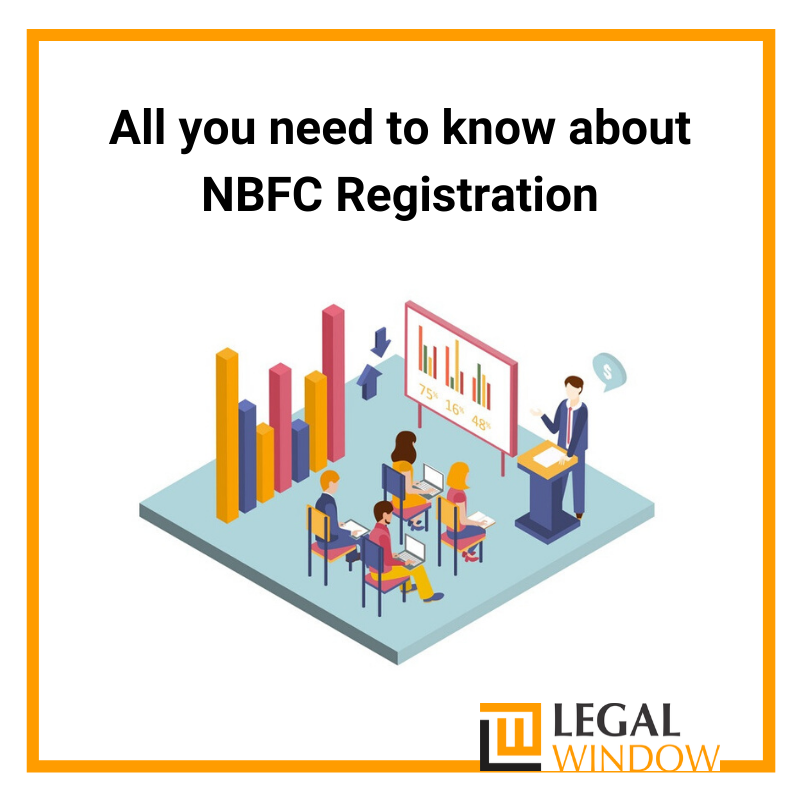 All you need to know about NBFC Registration 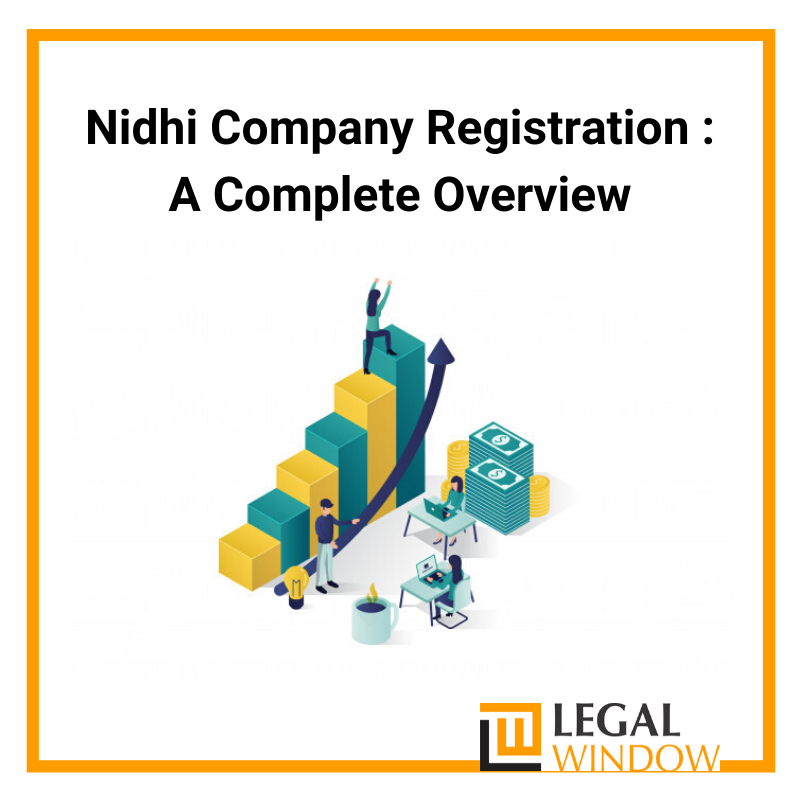 What is Foreign Direct Investment?

A foreign direct investment (FDI) is a type of investment for controlling the ownership of a business in one country by a foreign entity based in the another country either for expanding the business or operations or to take over the operations of another entity.

Which sectors are refrained from accepting FDI?
What is FC-TRS and what is the time limit to file the same?

Is foreigner eligible to set up a partnership/ proprietorship concern in India?

No, only NRIs/ OCIs are allowed to invest in partnership/ proprietorship concerns in India i.e. on non-repatriation basis.

In such case Form FC-TRS has to be filed with the AD bank on receipt of every tranche of payment. The onus of reporting such transfer shall be on the resident transferor/ transferee.

In what forms FDI can be received?

It can be either received through the following ways:-

What is FC-GPR and what is the time limit to file the same?

What is the statutory fees applicable to file FC-GPR and FC-TRS?

As such there is no upfront statutory fees applicable for filing of FC-GPR or FC-TRS on FIRMS portal (like MCA portal), but the Authorized Dealer Bank may charge the fees for processing the Form. This fees varies from Bank to Bank It may also ask for the authorization from the Applicant in order to deduct amount as bank charges from account.

What is the time period within which the capital instruments must be issued?

The Indian Company has to issue capital instrument within sixty days from the date of receipt of the consideration.

What is the difference between Foreign Investment and Foreign Direct Investment?